Fill out the form or call! 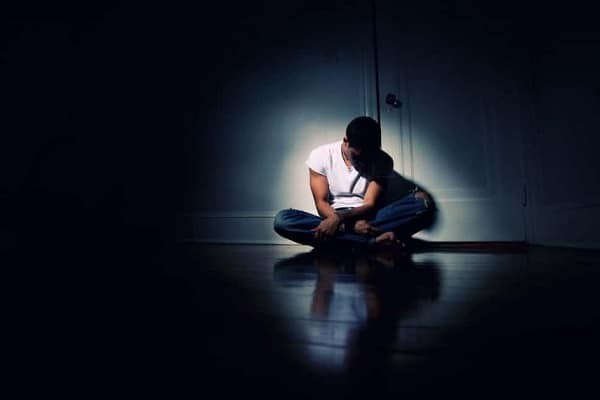 Is There a Connection Between Anxiety and Psychosis?

Anxiety is known to be often linked with stress and depression, but there are also mentions about anxiety causing psychosis. First of all, it’s important to understand that psychosis is different from panic attacks. Psychosis is a mental state where a person loses touch with reality. A panic attack is a sudden onset of fear (increased heart rate, shaking, and shortness of breath) that lasts for several minutes. This means that it’s important to assess the patient for an extended period of time to make a full determination between these two conditions.

Going back to the question, the answer is that anxiety can lead to psychosis if the anxiety is severe enough. The symptoms caused by anxiety and psychosis can mimic regular psychotic disorders like schizophrenia and schizoaffective disorder. However, it’s important to understand that the cause of the psychosis is different and needs to be addressed differently. To figure out what the problem is, it’s important to get a professional to provide an accurate diagnosis.

What are the Symptoms of Psychosis?

To make sure you understand what psychosis is, you have to look at the various symptoms that may occur. Here’s a list of symptoms that can be caused by psychotic breaks and psychotic disorders:

– The person might be experiencing visual or auditory hallucinations.

– The person may acquire a new set of beliefs that are out of character.

– The person may become very confused or paranoid and explain their thoughts with non-logical reasons.

– The person’s speech may become disorganized and incoherent.

– The person may be behaving very oddly, even putting them or others at risk of harm.

– The person may become cold and detached, sometimes becoming unable to express emotions.

You also need to understand that psychosis itself can lead to a worsening mental condition. The sufferer’s anxiety may get worse, and a psychotic depression can also develop over time. As a result, it’s important for the caretaker to take the necessary steps to get the sufferer the right kind of care to treat the psychosis.

Is There a Difference Between Treatments for Psychotic Disorders and Psychosis Caused by Anxiety?

When it comes to psychotic disorders like schizophrenia, schizoaffective disorder, and schizophreniform disorder, medication is usually used to help regulate the patient’s neurotransmitters. Patients often see improvements as quickly as a few weeks and start to get back to their normal selves over the course of several months. Sometimes different medications and doses need to be experimented with to find the treatment that works best. 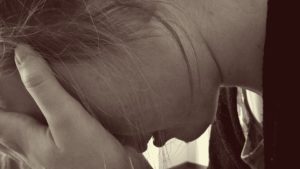 However, the psychosis that is caused by anxiety does not follow this protocol. Instead of being given antipsychotic medication, these patients are given medication that addresses the anxiety itself. The reason is that anxiety is what caused the psychosis as opposed to the patient suffering from a psychotic disorder. On top of medication, psychotherapy can help manage stress, anxiety, and depression to manage the mental condition and prevent future occurrences.

It’s important that the caretaker finds a professional that knows the difference between psychotic disorders and psychosis caused by anxiety. The wrong treatment plan can cause more problems than it can solve. An accurate diagnosis is essential to making sure that the patient gets the best care and recovers properly.

Why It’s Important to Get the Proper Care Quickly

It’s very important for the patient to receive proper care as the psychosis can become worse. As mentioned earlier, the anxiety can get worse (which can loop back and make the psychosis worse), and the condition can lead to serious psychotic depression. So if your loved one is experiencing the symptoms of psychosis, it’s best to act quickly. You want to reach out to your primary care provider or find a qualified mental health facility. 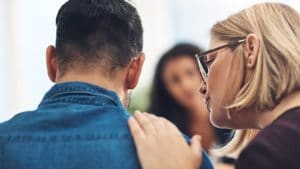 Studies show that the sooner the patient receives treatment for their psychosis, the better their long term prognosis. It’s important not to rely on the patient’s words that everything is okay because the patient is not in a healthy mental state. In addition to stabilizing the patient’s condition, there must be a treatment plan to address the anxiety. Without a treatment plan for managing anxiety, there is a risk of the psychosis coming back.

Rely on Mental Health Experts that Truly Understand These Conditions

Again, both anxiety and psychosis are serious mental conditions that can get worse over time. It can also put the sufferer in dangerous situations, so it’s best to address it when it is more manageable. These mental conditions can deteriorate into substance abuse, self-harm, violence, suicide attempts, and possibly other mental disorders.

To ensure your loved one is getting the best of care, contact a Sudbury psychiatrist that has the experience and expertise to help treat different types of psychosis and psychotic disorders. We not only deal with the psychosis; we also look into the underlying cause so that the patient will not go through the same kind of episode in the future. We also make sure to focus on providing an accurate diagnosis and designing the right treatment plan so that the patient gets the proper care.

If you need a Sudbury psychiatrist, give us a call. Make an appointment with us by calling (number).

Due the outbreak of COVID 19, for the safety of our patients, staff and providers, we are limiting our practice to remote session via tele-medicine technology until further notice. Please contact our office with any questions.